Giant waves in the ocean: from sea monsters to science

Mathematician Sara Lombardo (Northumbria University, now Loughborough University) and artist Gloria Ronchi joined forces to explore the concept of creativity both in science and art and to find out how these two disciplines influence each other.

The workshop “Giant waves in the ocean: from sea monsters to science” focused on mathematical challenges coming from extreme environments and environmental hazards, in particular it explored the concepts of waves and extreme waves (also called rogue waves) and how they have attracted the interest of scientists after being a piece of maritime folklore, a sailor’s legend, for centuries.

Sara and Gloria, supported by NUSTEM engagement experts, took this exciting workshop to a number of schools in the North East to inform and educate young people and members of the public around the theme of nonlinear science, nonlinear waves in particular promoting mathematical modelling of environmental hazards (such as rogue waves) in the wider UK community.

This initiative was sponsored by the Maths Foresees Network established under the EPSRC Living with Environmental Change umbrella to forge strong links between researchers in the applied mathematics and environmental science communities and end-users of environmental research. 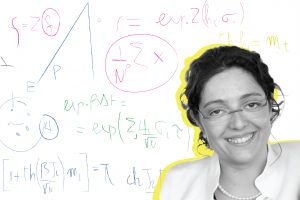 Sara is an internationally recognised expert in the field of integrable partial differential equations and her research spans across mathematical physics, algebra and analysis. In particular her work focuses on nonlinear dynamics, with emphasis on integrable systems and nonlinear waves, both from a theoretical view point and from the point of view of their applications.

Aside from her mathematical achievements, Sara is an active ambassador in encouraging girls and women to pursue a career in science. She has given more than 20 talks on unconscious bias and awareness initiatives (in the UK, Italy, Spain, the Netherlands). Since 2012 she works closely with the Equality Challenge Unit, as Athena SWAN awards panel member as well as chair of panels. 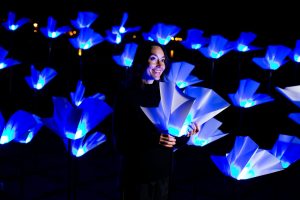 Gloria Ronchi has a mixed background in the arts (MA, Brera Fine Art Academy, Milan, 2004) and science (MSc, Politecnico di Milano, 1999), developed through her education as well as her practice. Since 2008 she is based in Newcastle upon Tyne where she founded Aether & Hemera studio, producing interactive installations that encourage playfulness and wonder through sophisticated use of lighting technologies and digital media.

Her current art practice explores the aesthetic challenges of light and its power to trigger emotions and response, creating engaging spaces that connect people with their environment.

The Giant Waves project is a collaboration of the following people: 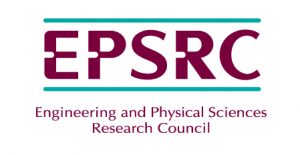