When we arrived at Beamish we were shown to the lamp cabin by the heads of learning, Simon and Holly, who explained the dangers of having a naked flame in the mine and how they had been redesigned and developed to prevents accidents. They started with a small flame that was reflected by a metal disk that amplified the light. It was soon realised that a metal gauze prevented heat passing through so they began to use them on the lamps. Since it prevented heat escaping through, if the flame happened to come into contact with methane that was trapped in the rocks it would contain the explosion. Before these lamps were developed some unfortunate soul would have to go into the mine with a torch, wearing very wet clothing and would have to light the methane in the mine to get rid of it.

In the afternoon we attempted to build a track that would have lifted the mine cart from the mine and load it onto a boat to export it. It proved to be more difficult than it looked despite it being a three-piece operation and it illustrated that designing mechanisms isn’t necessarily the hard part as the building of them can be just as difficult. The trip gave a good insight to what mechanisms influenced today’s technology and how people managed to use integrity to work with what materials they had at the time. It was also interesting to learn about how people dealt with the situation- miners having to crawl through 18″ high tunnels 6 days a week for 12 hours etc. 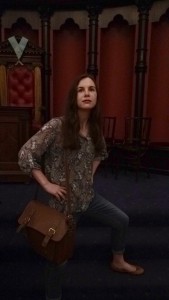 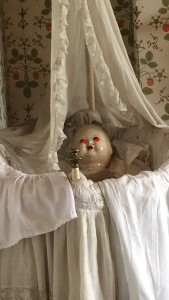 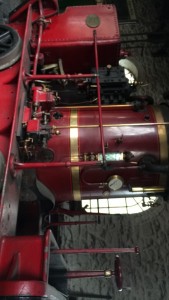 We began with a short introduction to the F1 challenge by looking at some pre made cars that met the spec and we had a go at racing them and testing our reaction times. They were able to reach the end of the 20m track in just over a second and were propelled by a canister in the back firing CO2. We followed this by using a programme called ‘Autodesk Inventor’ and tried designing some wheels and a basic car body by following the instructions just to get used to it initially. After a few frustrating hours of getting used to it and looking at a few more examples of cars we started to design our own cars.

We finished designing the main bodies of the cars and moved on to designing the nose cones and back wings which were to be 3D printed along with the wheels. After lunch we had a factory tour, it was surprising to see how busy it was; there were car doors being carried above our heads, people driving around on trolley like vehicles and the production lines moving non-stop. We learned that every job carried out by each person takes 59 seconds and for every minute that the production line stopped it cost them £3,000. There are around 7000 people employed at Nissan; 6999 of them drove a Nissan car (the other guy rode horseback) and 6998 of them were men. 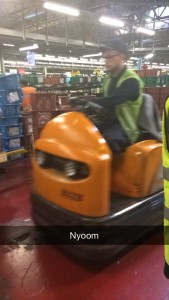 We finished the cars by printing the nose cones, wheels and back wings and cutting out the bodies out of wood. As we didn’t have time to paint them properly we used highlighters to decorate them and added the final touches to our cars in preparation for racing them. My group’s car (Phil) won its race however it was about 20g too light and to be within the spec they have to be 54g +/- 0.5g. The specification for the F1 challenge was very specific and you would lose 6pts for every fault with your car which makes it very important to stick to the guidelines. 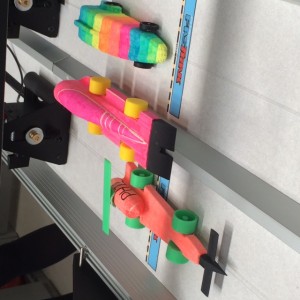