Originally from Durham, Milly took a two week work experience placement with Think Physics to support her in finding out more about physics at university. Milly also volunteers at Kielder Observatory, one of our project partners, where she enjoys learning more about astronomy and helping other people learn more too. Her other hobbies include singing, playing the guitar, spending time with friends and –rather randomly – working as a ‘beater’ for the grouse shooting! She offers a key piece of safety advice for anyone interested in that line of work:

A former student of Wolsingham 6th Form, Milly studied A levels in Biology, Chemistry and Physics, originally aiming towards a career in medicine. However as the courses progressed she started to study areas such as quantum physics, and physics became her favoured subject. Her studies have allowed Milly to develop skills including:

In late 2015, Milly started a foundation degree in physics at Kent University. Having not studied Maths at A level she’s having to do this extra year, but she reports that she’s loving it, and the time is allowing her to explore the options available later in the course. She currently thinks she’ll focus on astrophysics and space science.

Milly reports her inspirations as:

Milly’s advice to others:

“Don’t pick a career, rather take subjects that open up pathways and keep your options open. Studying science has allowed me to consider a number of different options.”

Guitarist, physicist and astronomer, Milly is studying a foundation year to cover what she missed by not taking maths A-level, before going on to a full physics degree at the University of Kent. 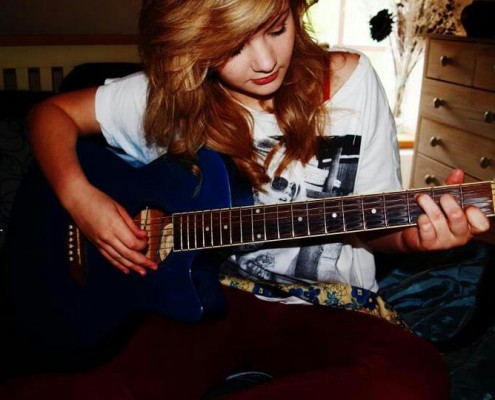