Your Guide to the Solar Eclipse

A solar eclipse occurs when the Moon passes between the Earth and the Sun – a rare occurrence. Don’t miss your chance to watch celestial mechanics in action, on 20th March 2015, from 08:30 to 10:44.

Observers across the UK will be able to watch as the Moon’s orbit passes in front of the Sun. The transit of the Moon across the Sun will begin at 8:30am.  As the eclipse reaches its maximum (90%) coverage at 9:35am, the sky will darken and the temperature will drop.

Although there will be more partial eclipses in the coming years, the next total eclipse viewable from the UK won’t happen until 2090. So there’s no excuse not to download our eclipse viewer (see below) and head outside on the 20th March to watch the eclipse as it happens.

The video (below) from SciShow Kids is a great introduction for young children on the mechanics of the solar eclipse. 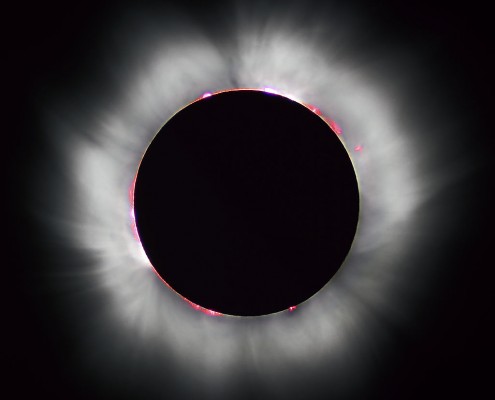 Looking directly at the Sun is a really, really bad idea, even during an eclipse. Please observe the eclipse safely.

Print this out onto thick card, and follow the directions upon it to view the eclipse safely.

CLEAPSS have produced a guidance leaflet for schools:  GL170 – Managing pupils safety during an eclipse.  All schools that are members of CLEAPSS can access this leaflet from their website www.cleapss.org.uk

A word of warning: the viewing times in the PowerPoint and viewing card are Newcastle upon Tyne specific. You will need to adjust the PowerPoint if you are elsewhere in the UK. The Time and Date website will help you calculate the correct eclipse time for your location.

What is a solar eclipse?

In reality, the Moon’s orbit around the Earth and the Earth’s around the Sun are inclined relative to each other by about 5°. The points where the two orbital planes meet are called lunar nodes, and solar eclipses only happen when a new Moon occurs near a lunar node.

There’s one other feature of the Solar System that makes solar eclipses possible: the Sun is 400x further from the Earth than the Moon, but it’s also 400x larger. So to us, standing on Earth, they appear to be the same size in the sky. This is a staggering coincidence, and we get to enjoy the spectacle of an eclipse only because of that accident of geometry.

Solar eclipses are regular and predictable, but because everything has to be in the right place simultaneously they’re also very rare. Experiencing one is astonishing.

So on 20th March, Newcastle is in the penumbra. 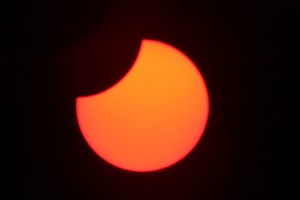 In the penumbra. You’re much more likely to see a partial eclipse than a total eclipse.

Next viewable from Newcastle:
21 August 2017 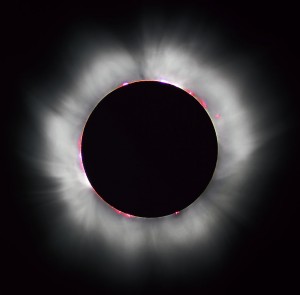 Next viewable from Newcastle:
23 September 2090 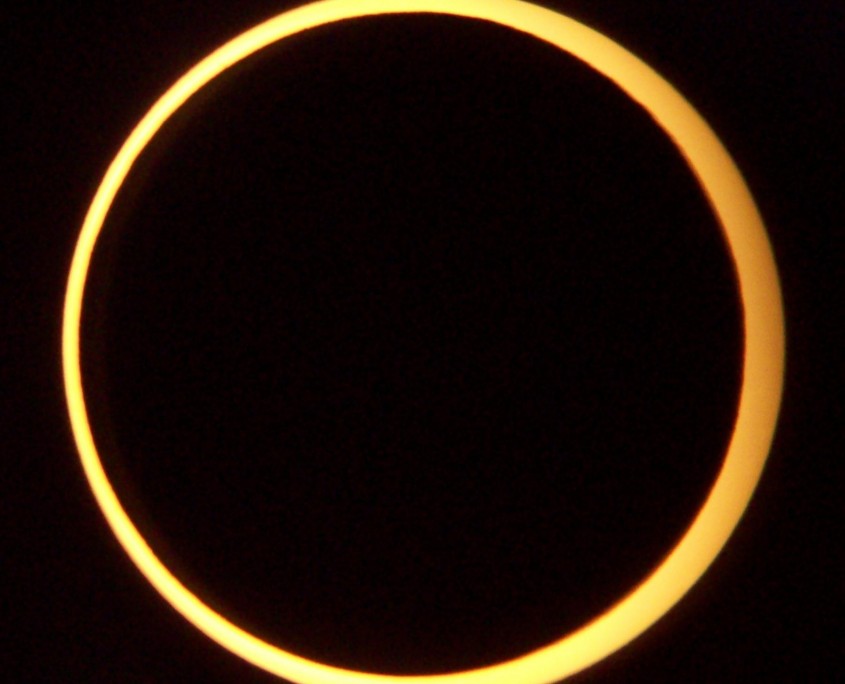 Remember that an eclipse works because the Sun and Moon appear to be the same size in the sky. Sometimes the geometry works out so that’s not quite the case, and the Moon appears just a little too small to cover the Sun’s disc. Then, you see a dazzling annular eclipse.