As a project with ‘Physics’ in our title, it hardly seems possible not to be talking about gravitational waves in the office this morning. We read the reports avidly, we got all excited, and we also realised that we’re hardly the experts on this. So here’s our brief run-down of the really useful stuff we’ve found from better journalists than ourselves and more informed cosmologists:

First up, an excellent film from the New York Times, which sets out what the LIGO experiment in Louisiana and Washington has done:

The rest of the Times’ report is a good solid overview of what’s happened. Through the arms-length reporting you can glimpse the level of excitement and the significance of the work.

If animation is more your style, this primer from PhD Comics will spin you through the bumpy landscape of gravitational waves:

Hooked? Fascinated? Excited? The New Yorker has an outstanding long article about the inside story of the discovery:

“Space and time became distorted, like water at a rolling boil. In the fraction of a second that it took for the black holes to finally merge, they radiated a hundred times more energy than all the stars in the universe combined. They formed a new black hole…

The waves rippled outward in every direction, weakening as they went. On Earth, dinosaurs arose, evolved, and went extinct. The waves kept going. About fifty thousand years ago, they entered our own Milky Way galaxy, just as Homo sapiens were beginning to replace our Neanderthal cousins as the planet’s dominant species of ape. A hundred years ago, Albert Einstein, one of the more advanced members of the species, predicted the waves’ existence, inspiring decades of speculation and fruitless searching.”

It’s a beautifully-written piece, and it really captures the human aspect of this – of hundreds of physicists around the world experiencing that moment of discovery. It’s an image that’s ingrained in popular conceptions of how science works, of Archimedes leaping out of his bathtub and exclaiming ‘Eureka!’ The reality, of course, is usually very different. Science tends to proceed in small steps, miniature breakthroughs in labs and desks and computers around the world, inching forwards piece by piece. But the LIGO work appears to be a genuine breakthrough, and the excitement is both real and hard-earned.

“It is the cleanest signal you can imagine… you have to feel fantastic for those 800 scientists, who have been spending – some of them – decades of their careers working towards this first detection.”
— Dr. Andrew Pontzen, UCL

The programme also hears from the leading UK scientist on the project, Prof. Sheila Rowan of the University of Glasgow. You can get a good sense of how giddy everyone is about this by listening to her impression of the signal ‘chirp.’

Do take a look at the LIGO experiment website, but for now, the final words:

Einstein was right! Congrats to @NSF and @LIGO on detecting gravitational waves – a huge breakthrough in how we understand the universe. 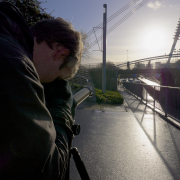 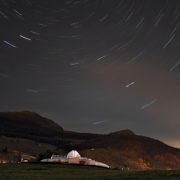 Win a Free Astronomy Trip to the Alps 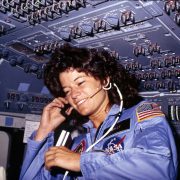 Astronauts, sports scholarships, the web, deforestation, and the power of unexpected connections 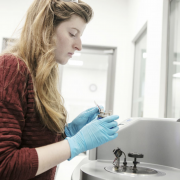 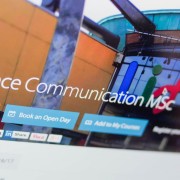 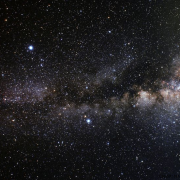