On the first day we visited BEL Valves, an engineering group who produce valves for things such as oil rigs. It was interesting to see another side to engineering, as we found out that sometimes it may take the company up to one year to produce only one valve, compared with Nissan where they were producing around 50,000 cars per year. We met a group of girls who worked there, and found out what it was like to be female in a male-dominated environment. 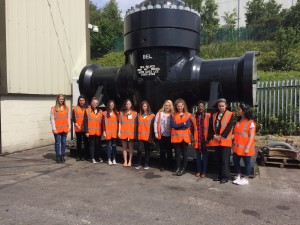 We went to the Reece Group on Tuesday, and found out more about the five groups within the Reece Group. We had a guided tour of the workshop and what each machine does, followed by an interesting talk with a woman engineer who works for Reece Innovation. It was really helpful to find out about how she got into engineering from doing a degree in physics, and what her day-to-day job is like. 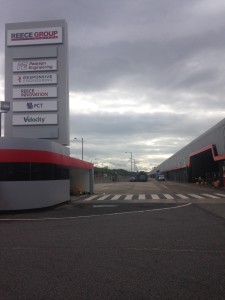 Later on in the week we were given a presentation on how earthquakes are formed, which was great because it made me realise just how little I had known about them before. The people who we spoke to were experts in Geology and earthquakes, and it was a really great opportunity to ask them questions about geology and their careers in general.

We also had a few demonstrations from a student at Northumbria Uni, who was finishing his degree in physics. One was an example of how a building moves in response to an earthquake, which was helpful to our project on the Nepal Earthquake.

On the last day, we had an interesting discussion on the differences between men and women in both engineering, and life in general. We were shown a video clip from a woman who gave Bratz Dolls a make-under so that they were more natural and suitable for younger girls. The point was that Bratz dolls, with their heavy makeup, and extremely unrealistic bodies, were bad role-models to younger girls. We then had a go at our own– it was great fun.