A day of concentration, quiet focus, and trying to work out whether there’s any limit to Lauren’s new-found obsession with Sonic Pi. Turns out: nope, five hours straight wasn’t nearly enough time to exhaust her fascination.

Today was a bit of a skills day. Soldering (note to self: next time, buy the kits with the pre-programmed PIC controllers. Sorry, everyone), Arduino stuff, Sonic Pi… and a little wiring up of lights for the light wall. I’m delighted to report that Think Club has finally earned the ‘Let the blue smoke out of some electronics’ achievement, though since the LED in question is still sort-of working we’re not sure it counts. 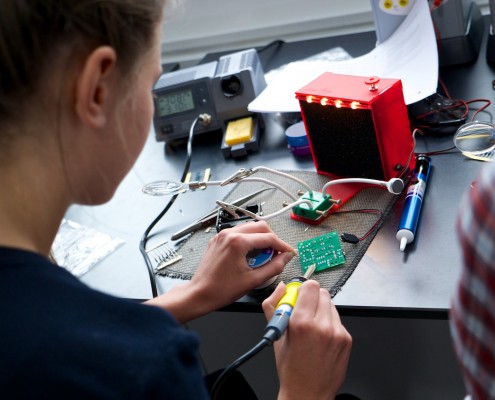 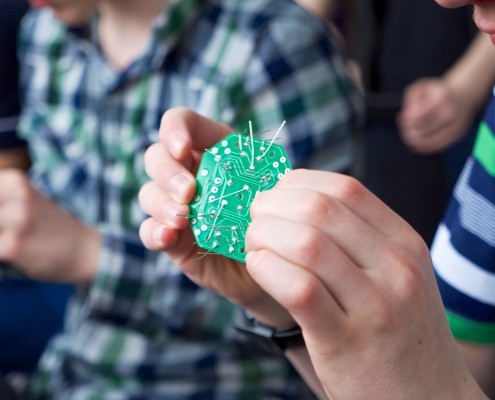 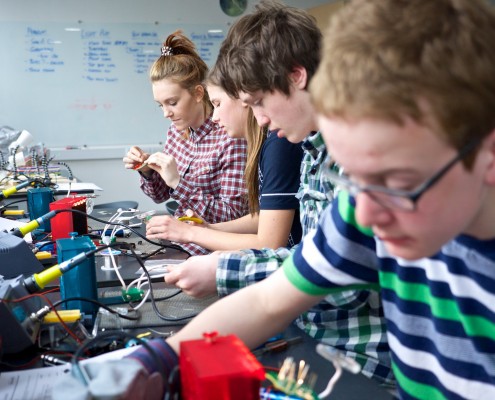 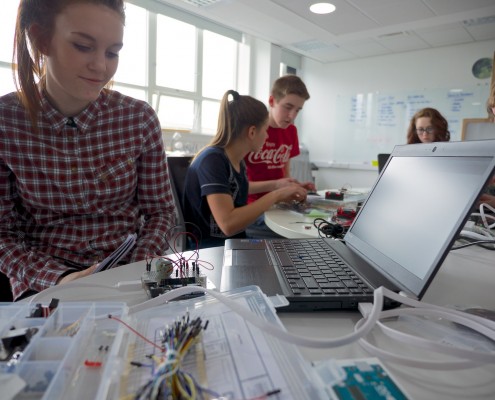 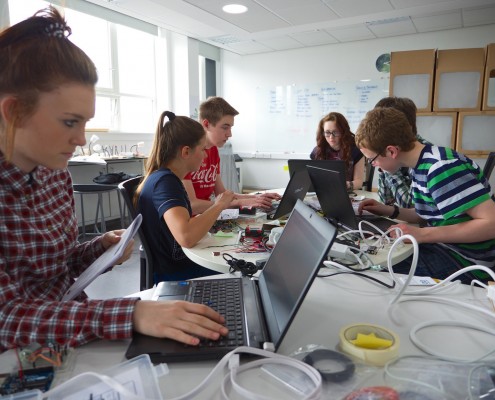 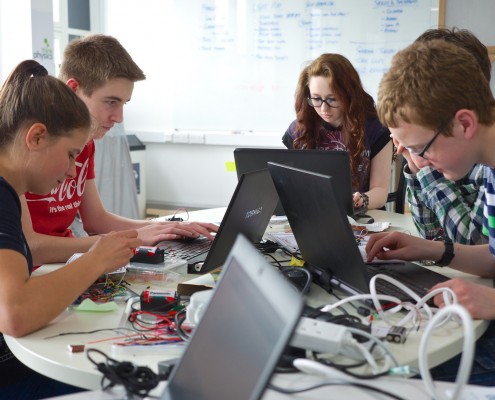 Today’s game of choice: Snake Oil. Unanimous vote to play it again at the end of the day rather than Spaceteam, so we’ve clearly some work to do in choosing tomorrow’s game. 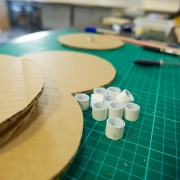 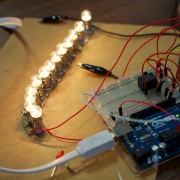 Stepping into the (not-so-lime) light! 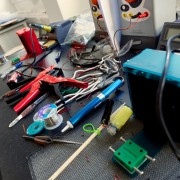 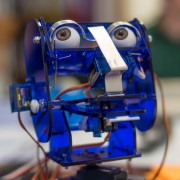 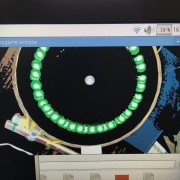 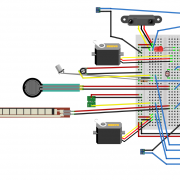 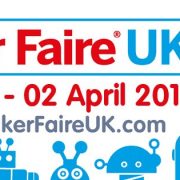 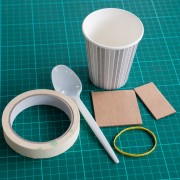