This is a classic calculation, and one that’s surprisingly tricky: suppose you could bore a hole all the way through the Earth. If you jumped in, how long would it take you to fall through and come out of the other side?

If you’re taking A-level physics you know pretty much everything you need to do the calculation for yourself, but there are a few fiddly little problems you need to deal with along the way. Most importantly: if you’re falling through the Earth, only some of it is below your feet. The rest of it is above your head, and the force of gravity from that part is pulling you not downwards but upwards. So working out the forces isn’t as simple as you might hope, but you do get something back: when you start picking away at the maths, you’ll find that what happens when you reach the centre of the planet is pretty important.

Have a think about how you’d tackle the problem yourself, then take a look at this video from MinutePhysics.

Tip of the hat to Alom Shaha for pointing us to this.

We’re developing a neat little workshop based around catapults, bits of which have sneaked out into the world in test events over the last couple of months. The core of the challenge is the simplest possible catapult we could dream up, which uses a paper cup, elastic band and a plastic spoon to fire a table tennis ball at least five metres. It’s tremendously satisfying, but it’s not quite enough on its own for the workshop.

My Mark II Catapult uses the same basic ingredients, but pivots the spoon on a kebab stick bearing. It’s even more satisfying, but a little more fiddly to make and – annoyingly – slightly less effective in range.

This morning: the Mark III Catapult, which uses the elastic band as a torsion spring. It’s fiddly to make, pushes the limits of cardboard cup rigidity even more than the other designs, and…

Back to the drawing board, with one key engineering principle ringing in our ears: keep it simple. 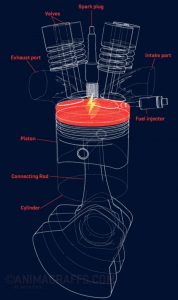 A few months ago, we made a film of an A-level core practical: measuring g via the free-fall method. Many teachers responded to our invitation to comment, and to our shameless request for recommendations for funders. Well… that worked. Thanks for your kind words, and thanks to your kind words we’re making more of these films. We’re not yet revealing the funder, but we can reveal the first three (or four) practicals we’re filming. We’d also like your help again.

We’re filming next weekend, 21st/22nd May, and we’d be delighted if these films could reflect your experience with practicals you’ve completed, your thoughts about ones you’ve yet to teach, and so on. We’ve a crack team of advisors and supporters already involved, but nothing beats the broad experience of teachers across the UK (and internationally).

So: here are the outlines of the films we’re planning to make. Please leave a comment below if you’ve any pertinent thoughts. It’s extremely helpful if you sign your comments with your real name, and note your affiliations (ie. school, that you’re a teacher / head of department / examiner etc) if appropriate. As before, the films are intended primarily to support teachers, but may be of use to students for revision purposes.

Finding the EMF and internal resistance of a battery

Discharging a capacitor through a resistor

Force on a current-carrying conductor in a magnetic field

Thanks in advance for all your comments and suggestions. Inevitably, we won’t be able to incorporate everything everybody suggests, but if you’ve come across a brilliant way of covering one of these practicals which we’ve not mentioned above, or have thoughts on aspects your students find particularly challenging – we’ll do our best to incorporate your ideas.

Final note: this post was written by Jonathan. Hello. I’m the film-maker behind all these videos, and while I am technically a physicist, I last saw most of these practicals in my own A-level studies more than 25 years ago. Any glaring howlers in the above are due to my misunderstanding of the scripts, and you can be reasonably confident that the many teachers involved in the filming will politely roll their eyes before we commit film-based crimes against physics.

Brilliantly inventive. See if you can work out how all the different mechanisms work – there are some amazing and subtle ideas in here. Great stuff.

Tip of the hat to Joe for spotting this as it hit Digg this afternoon. 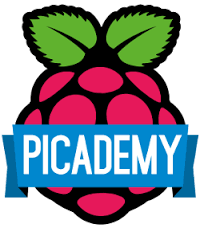