Suppose you’re trying to make a car advert, you’re up against tight deadlines, but you don’t actually have the car you’re supposed to be filming. What do you do?

This sort of scenario is more common than you might think. Maybe the car hasn’t quite been built yet, or perhaps there are late design changes, or the manufacturer could be really paranoid about keeping it under wraps until the grand reveal. The advertising industry spends big money – huge money – and it expects this sort of problem to be solvable.

OK, so you head out to a test track or a desert road or whatever, and you film some other car driving around, then you do the whole special effects wizardry thing to paint a 3D model of the car your client wants over the car you actually filmed. So far so good. But your client isn’t happy, because nothing looks quite right. Dust isn’t being kicked up from precisely the right places, because the wheels aren’t right. And the 3D-composited car doesn’t reflect the world around in a way that’s convincing, because it wasn’t actually there. And it doesn’t move quite right, because you’ve had to guess at all the velocity vectors of the car you filmed.

One of the biggest special effects houses working on this sort of job is The Mill. You’ll have seen their work everywhere, without knowing it, and they’ve just revealed the most amazing solution to the filming-a-car-without-the-right-car problem, the Blackbird. Watch the video above, and be astounded.

Yet in some ways, it’s unsurprising. We’re used to character replacement in movies, where an actor performs in a green suit with motion-tracking dots painted all over them, then a graphical character is animated over them in post-production. The character can be larger, smaller, wider, have more legs, whatever you like. What the Mill have done is, effectively, the same thing but for a car.

The really neat parts are the integrated motion logging and the camera mounted on the roof. The camera seems a bit like the ones used for the cars which compile Google Maps – as the Blackbird drives around it records 360° images of the world around it. Video compositors can then use that data to work out what the reflections on the car’s bodywork would have been, had it been there in reality.

I love this sort of project. It’s plainly ridiculous, and yet it’s solving a very real problem with very real sums of money hinging on it. There’s a wealth of engineering, physics, maths, and computer science involved in pulling together a solution, and you have to get all of that right before you can even start to see finished results and judge whether it looks right.

When everything comes together, you’ve done the impossible, with the result that… nobody notices. And that’s the whole point.

There’s more about the Blackbird at the Mill’s website. 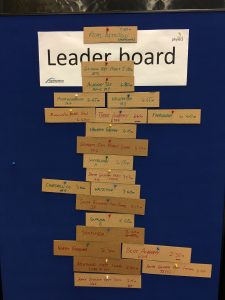 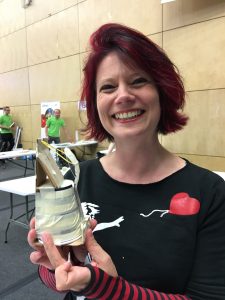 Importantly: there’s a full stipend available for this PhD, for three years at RCUK rates and fees.

There’s a full description of the project on offer at Find a PhD.com, and you can apply through that site too. At the time of writing this post the application deadline appears to be rather soon; that will be extended to later in July, so you’ve time to think it through.

If you’ve reached the stage of half-term where binge-watching iZombie, staring out of the window at the miserable weather, or playing yet another round of Overwatch just aren’t doing it for you, try this minor intellectual stimulation.

P vs. NP is one of the foundational problems in computer science, with a $1m bounty attached to the first correct solution. This film does a great job of setting out the problem in an understandable way, and exploring its implications.

P vs. NP is about whether every problem with a quickly verifiable solution can itself be solved quickly, which sounds like the sort of abstraction beloved only by mathematicians. But P vs. NP is related to a whole host of problems that would have very real implications if they turned out to be easier than we currently think. Encryption, for example. Or computational protein folding. And the film argues that this world of complexity problems describes not just problems in computing and mathematics, but complex problems throughout human experience.

Watch the film. Maybe get sucked into the rabbit hole of Wikipedia. But make sure you have something not too taxing to soothe your brain afterwards. Another round of Overwatch, perhaps?