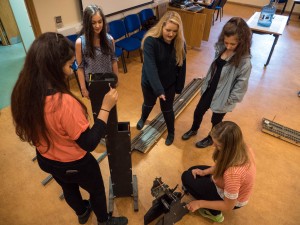 We started off the week at Beamish. It was really interesting to find out what engineering was like in 1913 and amazing to see the dramatic development in technology and engineering from then till now. For example the development from using candle-lit lanterns in the mines, to now, where we use electronic lights and even solar power. It was exiting seeing the massive machine which took people down to the mine in action. Later on, we had a chance to work in teams to work out how to piece together a miniature version of this machine, which was pretty fun as we were left to work it out for ourselves without any instructions.

On the second day we went to Nissan in Sunderland. We were introduced to the Formula 1 Challenge with a demonstration of a race. The tiny cars were so quick they could reach the end of the 20m track in just over one second, which I’m sure took everyone by surprise. Later on we had a go on Inventor – a programme which lets you design things. We copied instructions to make parts of a car, which taught us the basics of the software. Then we were put into groups to design our own car, which we would race on the track later in the week. It was a different experience as I’ve never really had a go on any programmes like that before. Not forgetting that it was incredibly frustrating and fiddly at times, especially when we had to redo the same part four times and our screen kept going green! 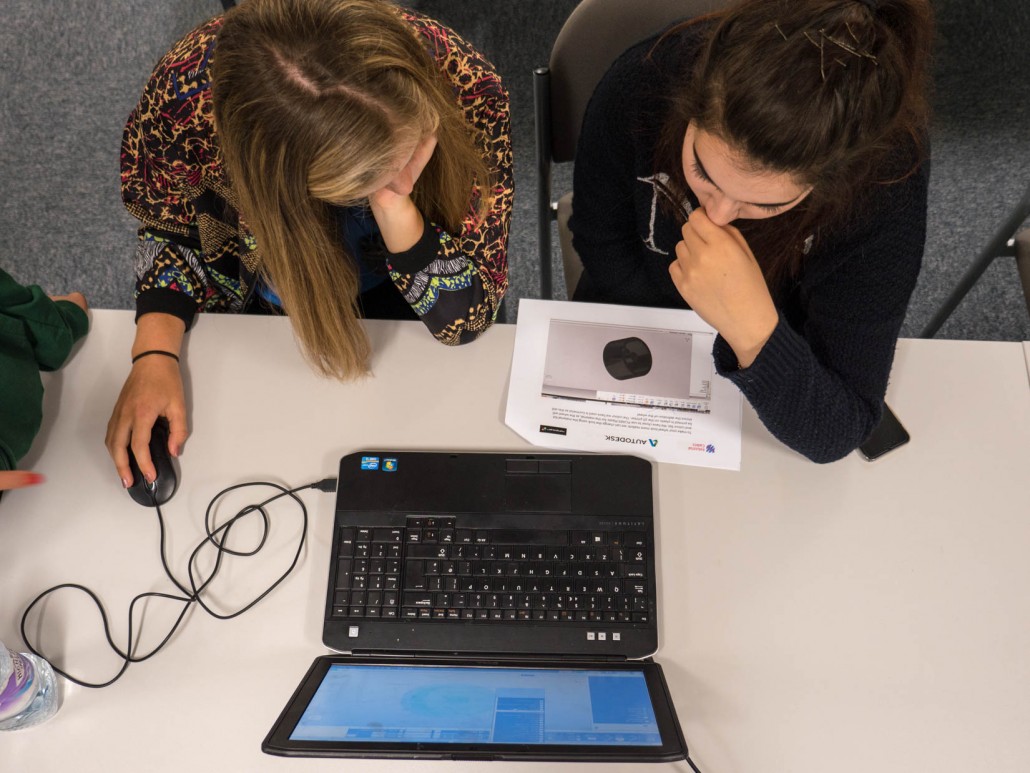 On the third day we made our finishing touches and finally finished designing the car. We named it the Sharkcar – because it had a shark-like fin on top of it, (even though it ended up looking more like a gay-pride car because of it colourful stripes, than a shark!). After lunch we went on a tour of the Nissan shop floor. At first I was shocked at the vastness of the room and the efficiency of the production line. It was incredible that it took the guys only 2seconds to install the dashboard into the car. We found out the benefits of using robots for certain parts of the car and people for others and the crazy amount of money Nissan would lose for each minute the production line was stopped. 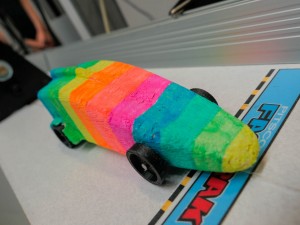 The fourth day was our last day at Nissan. I found it really exciting learning how to use the 3D printers and the 3D router and then having a go at printing out our car and its wheels. It seemed unbelievable that you could produce real wheels by simply pressing buttons on a computer screen! After competitively testing our reaction times to the point of exhaustion, and putting the final details to our cars, we got to the racing part. The Sharkcar was the fastest car, with a time better that the world record… (ignoring the fact that it was less than half the weight of the minimum weight requirement), followed by the other two groups heavier cars.

On the fifth day, we started on our Academic research back at ThinkPhysics, on the recent earthquake in Nepal. We worked in groups of three and each collected information on different areas, for a presentation we had to do at the end of the day. It was interesting to find out about the road and building structure of Nepal and how it maximised the damage of the earthquake. Then the group went on a short tour of the facilities at Northumbria University, before starting to produce our presentations. Our group decided to our presentation in the form of a video of a fake news report, which involved spinning on chairs and hilarious interviews.