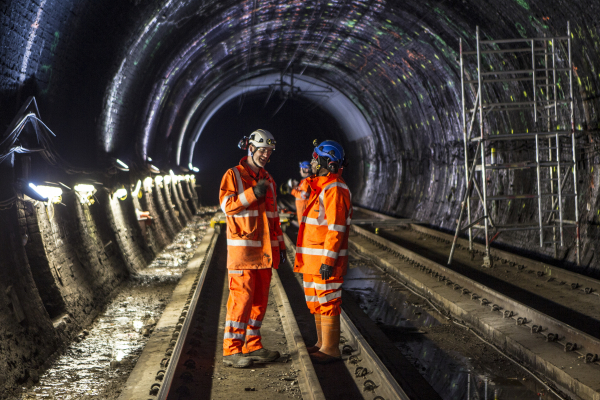 Angus is a Geotechnical Engineer.

After school, Angus applied to both a university degree to study Civil Engineering and to be an apprentice draughtsperson (Civil Engineering Technician). When he was accepted for both, and just like many other young people, Angus had an important decision to make:

I was accepted for both and then had to choose. The university degree was a bit of a stretch for me at the time as my Higher exam results were not quite good enough.  Also the university route involved moving 180 miles to Glasgow whereas the apprentice route involved staying at home.

In the end, Angus decided to go to university and after a year he changed to a similar course Civil Engineering with Geology. He spent 5 years studying at university, 4 of these were in Glasgow and one in Canada. After university, he applied to over 40 graduate engineer jobs and secured 3 job offers.

The importance of holiday jobs

Angus believes that the holidays jobs he had have helped him gain valuable experience.  In the longer breaks, he recalls, like summer break, he gained a lot of experience in Civil Engineering as a trainee Civil Engineer. In the shorter breaks, like Christmas and Easter, he worked as a fencer and a joiner’s mate building timber kit houses.

What do geotechnical engineers do every day?

Geotechnical engineers can work in an office or on-site. When Angus is in the office, which can be anywhere in the UK, he is open-minded as he talks and communicates with people who do different jobs in STEM and non-STEM roles. He often provides advice and guidance on how to solve problems at construction sites.

Outside of the office, his work involves visiting current and future construction sites to understand each situation better and to meet all of the workers.

“Most commonly I get involved if there has been a landslide, there is maintenance needed to tunnels, or on sites where the ground conditions are poor and someone really wants to build something.”

Some of these situations are not easy to solve, so Angus needs to be resilient.

The best thing about being a geotechnical engineer

There are a lot of things that Angus loves about his job. He is constantly learning from others to widen his understanding of the world and he enjoys teaching others what he has learnt during his career. Through his job and education, Angus has also travelled to many places all around the world!

“I have worked across Scotland, the rest of UK, Europe and Internationally.  Highlights include Shetland, Isle of Lewis, Isle of Eigg, Isle of Muck, Bangladesh, Netherlands, and Poland.  I have helped out from afar on projects in South Georgia, St Helena, Falkland Islands, Antarctica, Sierra Leone and Ghana.  “

In the photo above you can find Angus talk to one of his colleagues about methods for making the Haymarket South Tunnel in Edinburgh more stable.

Sir Robert McAlpine is a family-owned building and civil engineering company celebrating their 150 years of activities. During this time they have design and built and help preserve many iconic infrastructures around Britain. See how many you can recognise in the following video.

From their offices in Newcastle city centre and across other regions, Sir Robert McAlpine’s employees oversee many different projects across different sectors: from housing and offices to motorways and ports. They even built many schools around the country.

Theres more to Sir Robert McAlpine than just engineering and engineers! The complex and fast-paced projects they are involved in, relies on a multidisciplinary team of engineers, designers, architects, quantity surveyors,environmental planners, project managers. They also employ people with a business and human resources background.

If you are interested in engineering, project management and environmental sustainability, Sir Robert McAlpine might a good place for you.  The types of job roles that they are looking to recruit and will need in the future include:

Interested in know more about people working here? Have a look at their case studies which includes Lucy Collier, a package engineer 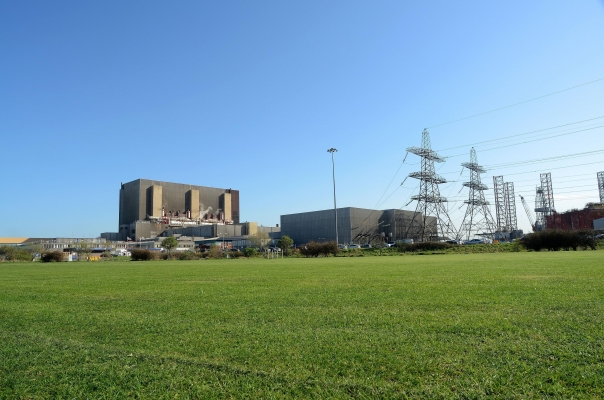 Electricity is a vital part of our everyday lives.  The electricity is generated across the UK (and beyond) and then delivered to UK homes and businesses through the national grid network.

EDF Energy is one of the largest electricity generators in the UK.  They generate electricity from nuclear, gas and coal power stations across the UK, including a nuclear powerstation in Hartlepool.

As well as electricity generation, EDF is researching ways to improve energy storage and efficiency,  low-carbon technologies, and energy system design.  They’re also looking at how to develop ideas to make smart homes and cities which will use less energy.

EDF Energy is part of the EDF group which has sites worldwide.

Among the jobs that people who work at EDF Energy have are:

Topics that link to EDF and what the company does:

Originally from Gateshead, Jacqui describes herself as having been “probably quite a challenging child.” She didn’t complete many qualifications in school, but did learn the benefits of hard graft. That instinct has served her well as she’s helped drive the family business, now based in Cramlington, towards international success.

Miller Engineering supply parts for construction machinery, so Jacqui’s job involves a bunch of international travel. It doesn’t sound like she has much time for sightseeing, however:

“Usually, I travel alone. I believe I’m there to do a job, I have an awful lot of people depending on me to come back with real answers and real solutions, […] you have to be exceptionally focussed, and focussed on what it is you’ve set out to achieve.”

That single-minded determination and drive is clearly a trait that’s helped Jacqui succeed in international business.

“You are presented with a set of challenges, and it’s how you respond to those challenges which makes you the person you eventually become.”

Miller has firm opinions on women working in the STEM sector, too:

“It really frustrates me that we seem to stereotype girls and boys. Nonsense! We should do whatever it is we feel we should do. […] I would love, dearly love, lots more girls coming through into STEM subjects.”

Main Board Director and Brand Ambassador