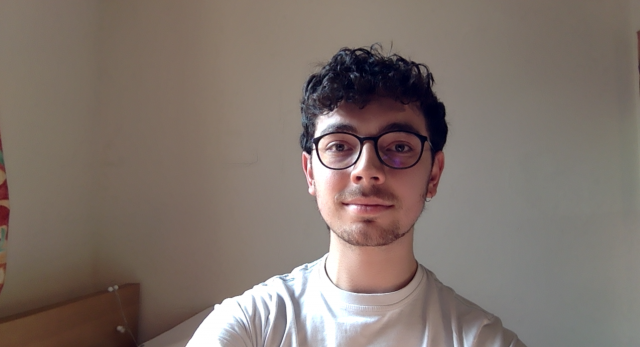 Rory studies Physics at the University of Manchester. As part of his degree, he has taken a one year placement with STFC as a science communicator.  He loves science and after finishing his GCSE’s he chose to study Maths, Further Maths and Physics at college.

Communicating science with the public

Rory collaborates with scientists to tell the public about the work they are doing. He has great communication skills and can explain why science is important and what it all means in an easy way.

“My job is to tell everyone all about the great work being done by particle physicists!”

Science communication is very important, a scientist’s work is a lot more useful if everyone knows about it and can understand it too! As part of his job, Rory is also hard-working as he ensures he meets deadlines for news articles and social media updates during his placement.

Whilst studying at university, Rory volunteered at the Science and Industry Museum in Manchester, giving public tours and answering questions about exhibits.

He really enjoyed doing this and found it was great helping engage people with science. Now, on his placement Rory has helped to create some exhibits for their visitor centre as well! 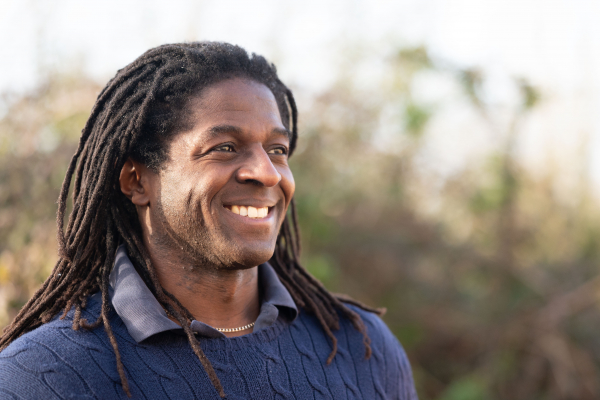 Emmanuel is a particle physicist working at the Particle Physics Department with STFC.

A passion for physics and travelling

Emmanuel studied maths, physics and chemistry for his A-levels. However it was his passion for physics which push him into university and beyond.

After finishing his degree at university, Emmanuel continued to study towards a PhD in particle physics.  This opportunity  allowed him to travel the world.  He lived in Geneva in  Switzerland for a year to do his PhD. Then after that he moved to California, USA to work on a particle detector for 4 years.

“Another one of the great things about my job is it has enabled me to live in other parts of the world.“

He lived in Geneva, Switzerland, for a year to do his PhD. Then after that he moved to California, USA to work on a particle detector for 4 years.

Being a particle physicist

According to Emmanuel the job of a particle physicist can be described as follows:

“I investigate the smallest particles and the forces they interact with. To do this I work with physicists around the world on experiments that detect what happens when you collide particles together at very high energies.”

Emmanuel is logical as he programs hundreds of computers to help him identify particles that are produced in accelerator collisions. He needs to be self- motivated because these experiments create so much data which needs looking through carefully. Emmanuel looks through the data creatively hoping to find missing particles that can explain how massive the Universe is.

“My main ambition is to detect particles that could explain Dark Matter which we believe form the majority of particles out there in space.”

Emmanuel is always learning physics through his job. He also gets to teach physics and write research papers which he enjoys a lot. Other tasks involve spending time computer programming and working on detector development which he finds very interesting.

“I really love how varied and stimulating my job is.”

In his spare time, Emmanuel loves to explore his beautiful surroundings by hiking or cycling. He also loves to go skiing, something that he found he really enjoyed whilst working in Geneva. 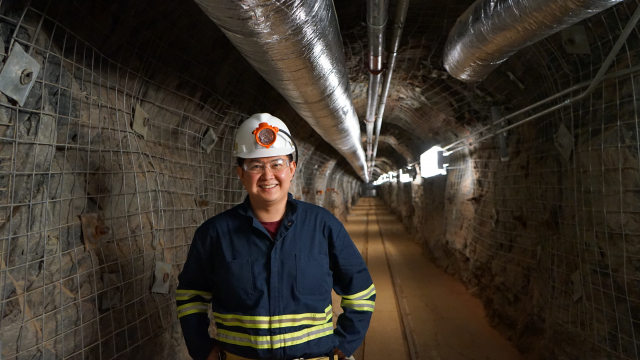 XinRan was born in China and moved to Edinburgh when he was 7 years old. He has always been curious to find out how everything in the Universe works. To help him find some answers, XinRan studied science at GCSE and A-Levels. He then decided to study Physics at University.

“I have always been interested in learning how things work: Why are we stuck onto Earth? How does the Moon affect us? Why does gravity not suck us into the Sun? How are stars and galaxies are formed?”

A professional hunter of the invisible

XinRan describes himself  as a professional hunter of the invisible. As he further explains,

“Our eyes cannot see tiny cosmic particles which are constantly passing through our planet so particle physics researchers need to use massive detectors that are deep below the Earth’s surface.”

These detectors need to be underground so that they are protected from interference that is present at the surface. These particles rarely interact with anything, so XinRan has to be patient while he waits for them to be detected. He is curious to find out what the particles can tell us about things like what is Dark Matter and origin of the Universe.

XinRan job has taken him to travel the world to work however he has always loved Scotland and he is happy to have found a job at the University of Edinburgh. According to him the best part of his job is as follows:

“It has taken me to some of the most spectacular places around the world many of which are deep underground. It has also introduced me to many amazing people along the way.”

XinRan is also passionate about work with young people.  He is recently developed an activity for schools to build mini Mars rovers and exploring the STFC Mars Yard at The Boulby Underground Laboratory.

Getting better at tennis

In his free time XinRan loves reading, kayaking, mountain biking and hiking. He also enjoys watching tennis but when it comes to play it he needs to improve his game.

Originally from Doncaster, Caitlin began a BSc degree course in Physics & Astrophysics at Northumbria University in 2014.

In year 12, Caitlin studied Physics, Maths, Chemistry, Biology and General Studies AS Levels. She carried on with Physics, Maths and Chemistry to A2. Physics was her favourite subject:

“I find it fascinating how much we know about the universe, and equally how much there is still to learn. It’s such a fast-developing subject and I want to play some part in it. To me, physics is the most important subject, and that’s why I chose it.”

As for her studies at Northumbria:

“I am really enjoying the course, it’s structured well and our grades come from a mixture of exams and coursework. Most of the content so far has been consolidating the things I learned at A level and then taking them slightly further. I have enjoyed this because I expected to be thrown in at the deep end and swamped with work from the start, however the course really eases you in and lets you settle into uni life before becoming more challenging.

“One of the best things about studying here is the support available, I know where to find my tutors and I know they will be happy to help if I’m having a problem with the content. If you send them an email, they always respond quickly and with helpful advice. Also, there are no shortage of places to sit and work or just to sit and talk to your course friends.”

Caitlin might stay on for a Master’s course after her BSc degree — an extra year of study that’s more about independent learning than a taught course, and is often a stepping-stone to a research career. She’s looking to use her astrophysics knowledge, so her dream job would be working for a space agency, but before she has to make any decisions she has a year in industry as part of her course. So everything could change!

Caitlin’s advice for others

“Choose something you enjoy, but also something that opens lots of doors. University is a huge investment, not just of money, but time as well. There’s no point studying a subject for three years that you might really enjoy, but then at the end of it not being able to find a good job afterwards. I chose Physics because I know that even if I don’t get a Physics-related job when I graduate, I’ve still gained an array of useful skills that employers look for. Choosing a degree subject should be a balance between what you enjoy and what is going to benefit you the most in the future.”

When not in the lab or lecture theatre, Caitlin watches a lot of Netflix, drinks a lot of tea, and sits in the kitchen chatting to her flatmates. Sometimes all at once.

Her favourite topic within physics: 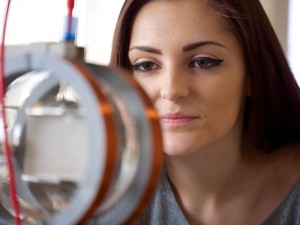