Did your golf ball loop the loop, or did it crash and bounce?

This afternoon we looked briefly at some of the careers involved in designing rollercoasters, built our own test track, and used data loggers to measure how fast the ball was travelling as it went round the roller coaster.

Get in… the QR code and link worked!!!

It was great having the opportunity to work with you today and discuss opportunities after year 11 using physics and STEM.  I hope you consider these areas and if you would like further information or support, please contact Think Physics or leave a comment below.

The presentation I showed you (and available below) is packed with videos showing what is currently happening and future ideas.  All require people who have STEM skills and the academic understanding of STEM, which can be linked to a variety of roles including research, development, design, production, marketing and promotion to name but a small few.

Good luck with your upcoming exams, the team and I wish you every success!

Big thanks to Year 9 for their enthusiasm this morning, sculpting with light. Here’s what it looked like – we’ll try to pull a short video together of the finished wall too. 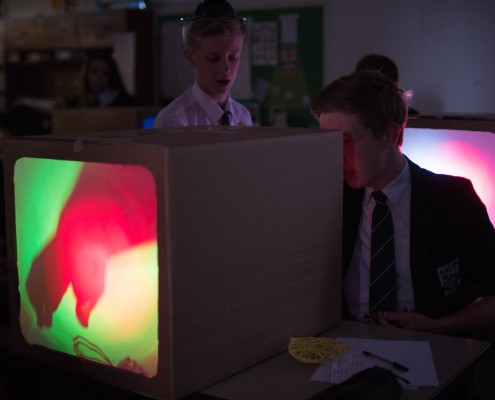 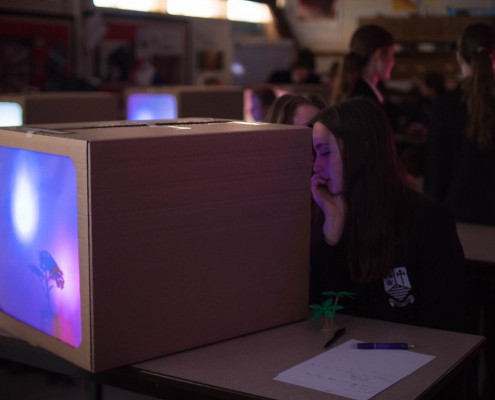 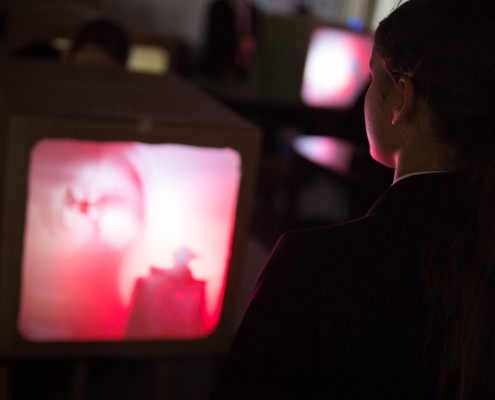 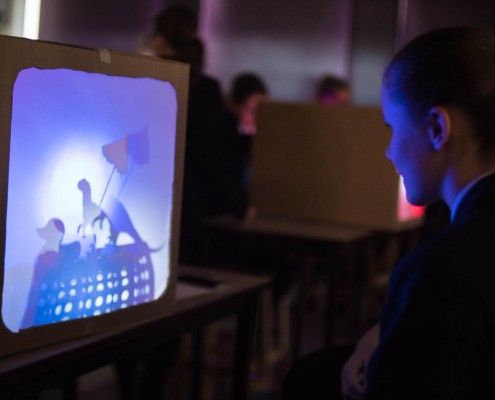 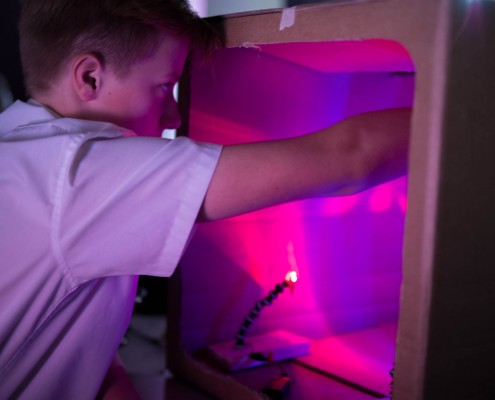 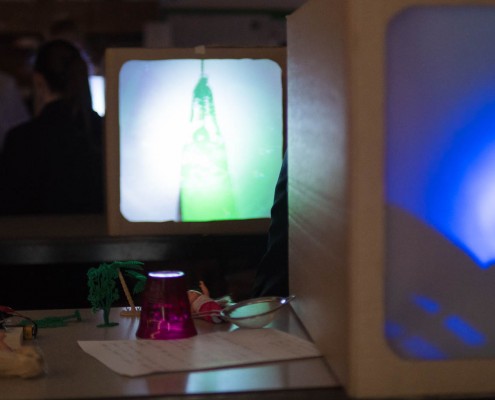 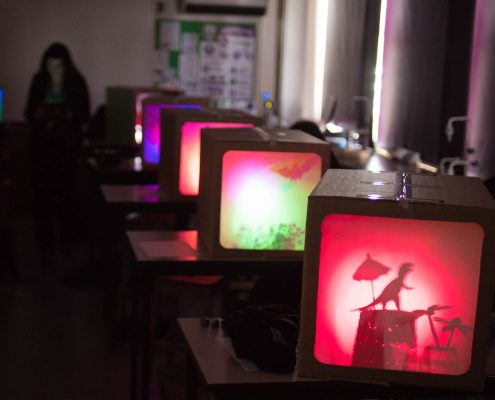 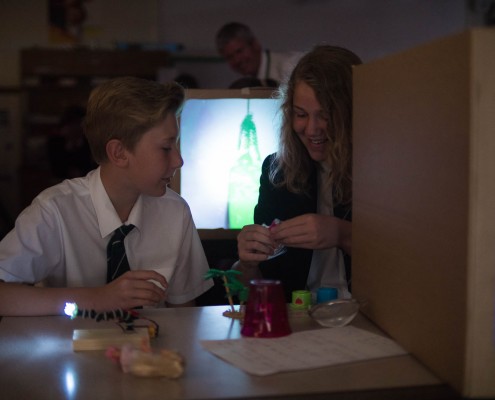 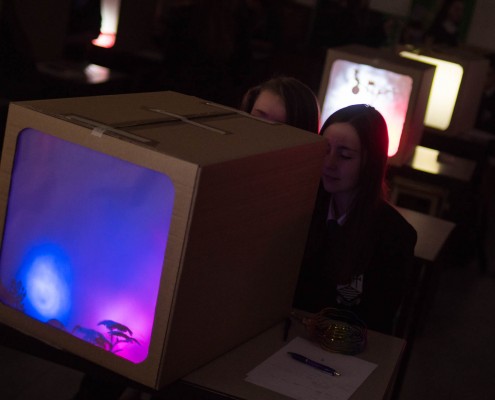 We had a great morning at Marden High School with a group of year 7 pupils on Friday 27th March. The session was focused on engineering, and in particular, civil engineering.

The session began with pupils exploring what engineers do and the types of skills they need to have.  Some pupils thought they just fixed things, whilst other pupils thought that to be an engineer you had to be ‘strong’. This led to a very interesting discussion around they types of jobs people do and the assumptions we make.

Next pupils began to explore practically the types of skills engineers need by building a table able to hold a bottle of water.  They were given only 20 pieces of newspaper and masking tape, and had just 20 minutes to complete the task.  The results were varied and some fantastic tables produced.  There were discussions around improvements and prototyping and we then repeated the exercise but mixed the groups around and limited the masking tape.

The second batch of tables was more creative but groups were thwarted in their plans by the rationed masking tape and their team working skills … cue further discussion!

After a quick break we explored the many types of engineering, with a focus on civil engineers.  There are many specialist areas of civil engineering, which include: transport, urban projects, earthquakes, renewable energy, housing, water defences, the design and build of bridges, tunnels and much more.  In fact, so much of what we see in the built environment on a daily basis will have come into contact with a civil engineer.

We also looked at the types of qualifications needed to become a civil engineer in the future. Key school subjects include maths, physics, design technology and engineering.

We had a brilliant morning and I was very impressed by the group’s attitude and mature approach to the session.  Very well done to all.

Here’s a handout which tells you more about what civil engineers do, as well as a video from the Institute of Civil Engineers.

What do Civil Engineers do?