Last week I had the pleasure of delivering assembly and introducing you to a great and inspirational role model Elon Musk.  We are influenced by people around us everyday. Many when asked this question pipe up with family, teachers, Christiano Ronaldo. All are great role models and probably all for different reasons.  Ronaldo for example is a talented footballer, but he also displays a number of great characteristics which make him stand out, like for example; determination, commitment and a passion to win and succeed in the beautiful game.  These characteristics are what make him successful, its not just his footballing ability. He is the first on and last one off the training pitch. The same could be said for great actresses, entrepreneurs anyone really who is successful.  Only a few people succeed because of luck alone!

Elon Musk… pretty cool guy eh?  I have added below the slides so you can have a look at all the videos and share with friends and family.  Also check out the company websites mentioned and their career pages. The SpaceX careers page has a load of cool jobs like: commercial director, internship opportunities, propulsion development engineer (making rockets go fast), or software development… there are lots on there.  Yes these job opportunities are in America but if this is the type of company YOU want to work for, why let the Atlantic Ocean stop you in your pursuit of job happiness?   This is however just one example of a company doing really exciting and innovative stuff.  Have a look and find out what other companies are out there and interest you, thinking also about what STEM skills and knowledge you need if you wanted to be the next Elon Musk.

It was lovely to meet year 8 this morning and introduce the Think Physics project and STEM careers.  We’re looking forward to working with Cramlington Learning Village over the next couple of years and sharing the fantastic reasons to consider a future in Science, Technology, Engineering and Mathematics (STEM).  We’ll be running activities for all the different year groups.

This morning in assembly we played ‘I’m a STEM Pupil, Get me out of here’.  Everyone got involved with working out the answers, and the volunteers were excellent!

We found out that STEM is interesting, challenging and shapes the world around us.  We saw that the skills developed while studying STEM will be in high demand in the future, and that there are companies here in the North East which offer great career possibilities.

Next year students will choose GCSE subjects as part of year 9 choices.  Some STEM subject choices are compulsory (Science and Mathematics).  However, it is worth considering additional STEM subjects such as computer science or Design and Technology.

Here is a copy of the ‘5 Reasons to choose STEM’ postcard that we gave out during the assembly. Choose a future in STEM Postcard

See you all soon!

At the start of STEM Quest club this week, we looked at what jobs might need a knowledge of science.  The children came up with some interesting ideas: archeologist was very popular.  We also looked at photographs of people who used science in their jobs – in some unusual ways.

This activity this week was developed by CREST and was called Protecting Polymers (pdf).  The year 4 children were the scientists who were investigation which was the best type of cling film to protect left-over macaroni cheese.  With the help of the year 9 STEM Quest leaders, each group started by planning their experiments, and deciding how they were going to take measurements.  All four groups had slightly different methods.  When they had finished their experiments, they were able to use their measurements to give a conclusion about the best cling film. 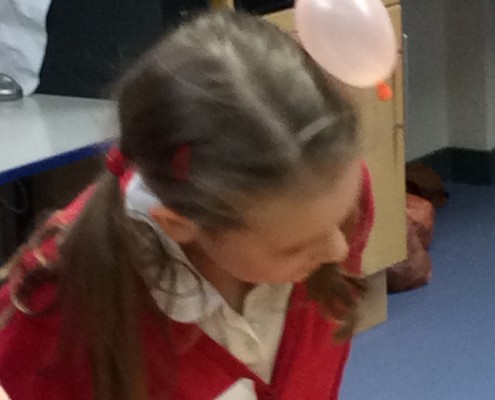 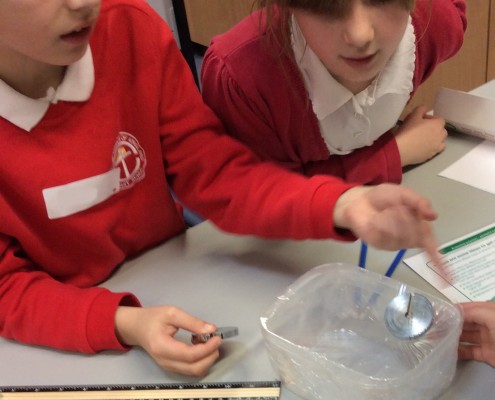 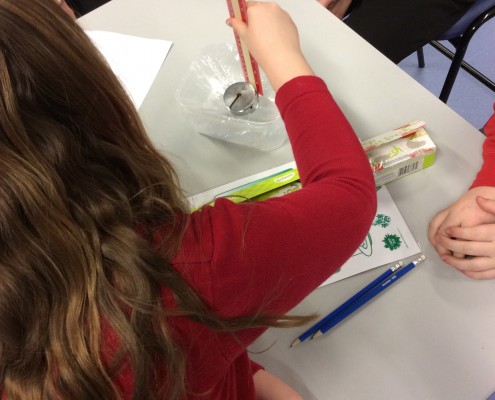 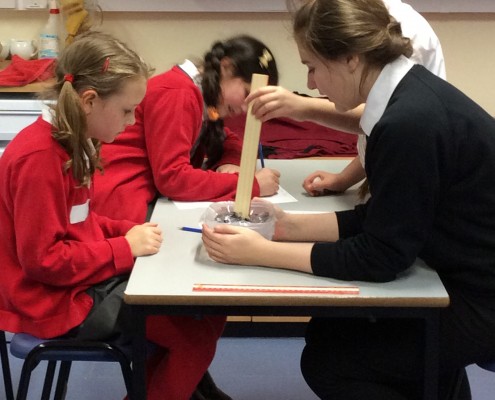 Today at STEM quest club we were looking at flying things in general, and Big Mouth Tumblewings in particular.  These are fascinating objects which can float on an updraft of air.  They are easy to make, but can be quite challenging to fly.

The session was led by Gracie and Amy, who did a good job of explaining the activity.  The Cragside children and Year 9 STEM Quest leaders worked very hard, and everybody was able to fly their tumblewing by the end of the club.  It was also lovely to see the World Book Day costumes as well.

One of the things that engineers and scientists learn quite quickly is that sometimes getting things to work isn’t always easy, and that you have to stick at things and keep going.  Of course, that’s true in many careers, not just science related ones.  Today, the children were practicing that skill very well and kept going cheerfully until they could fly! 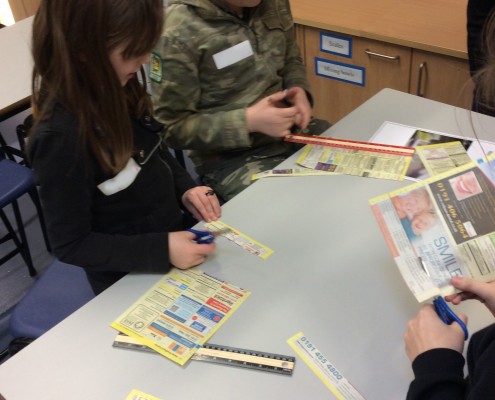 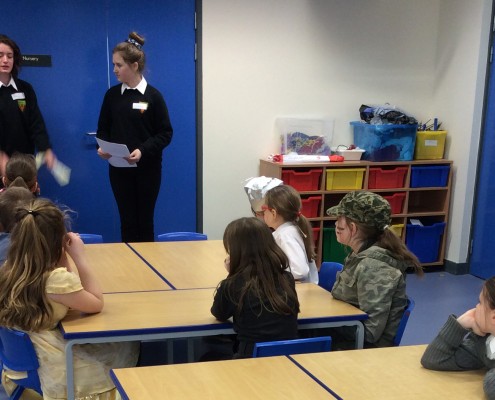 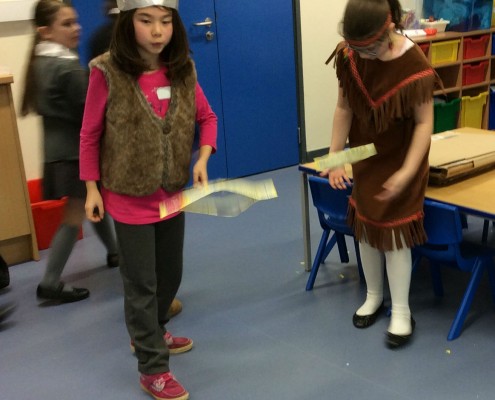 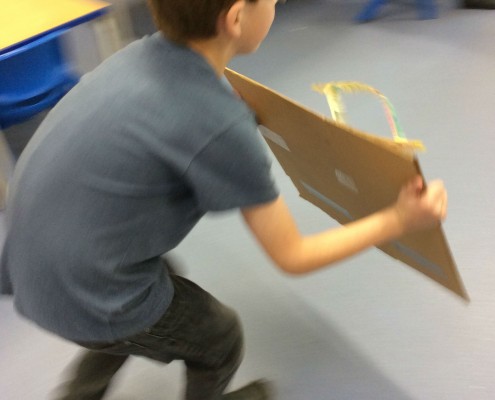 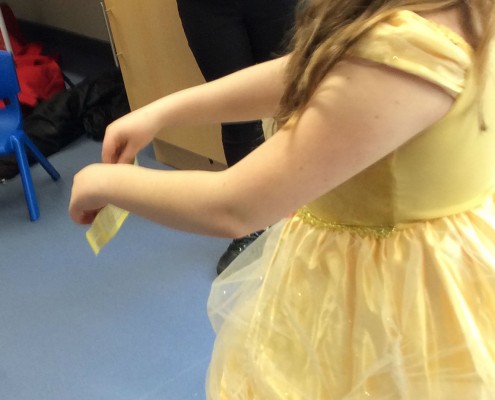 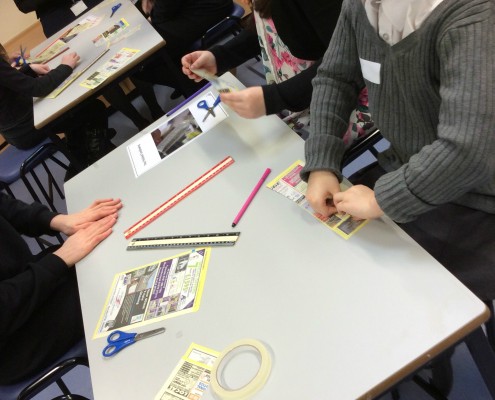 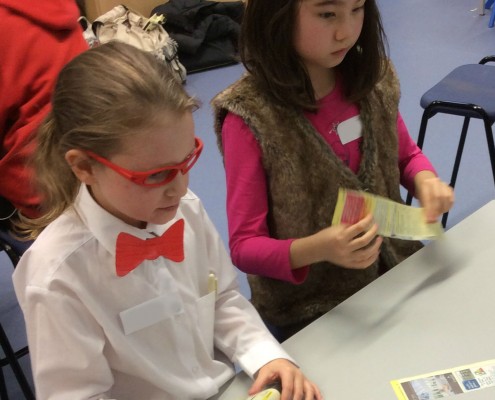 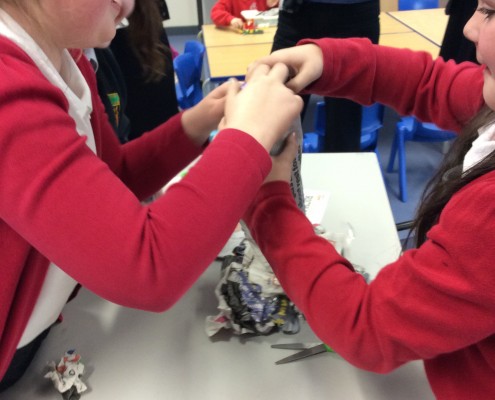 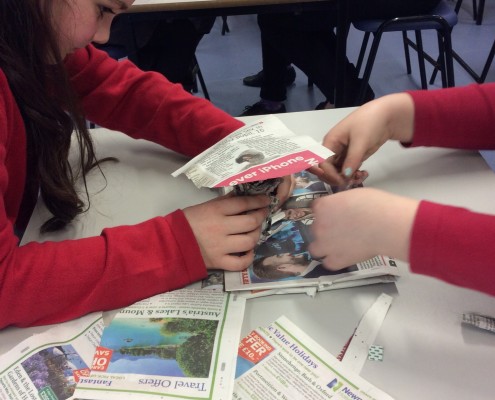 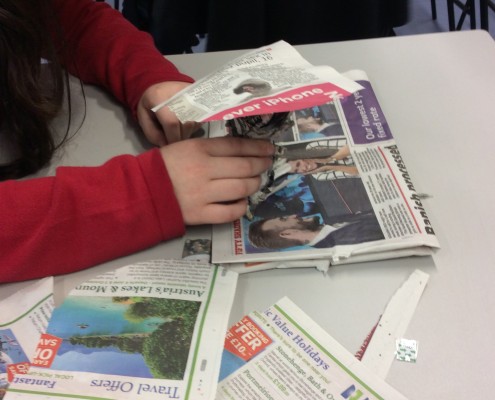 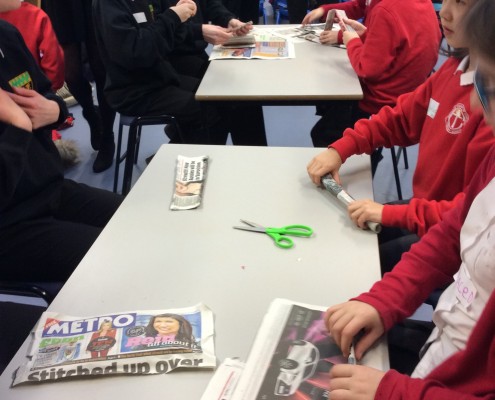 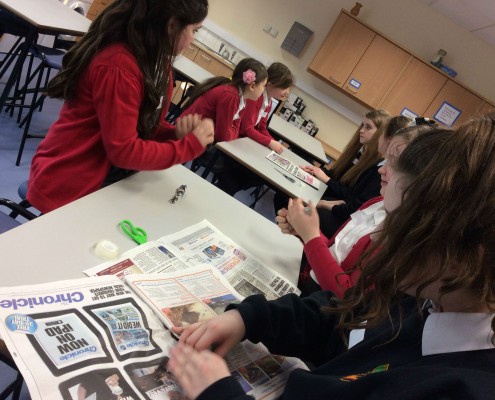 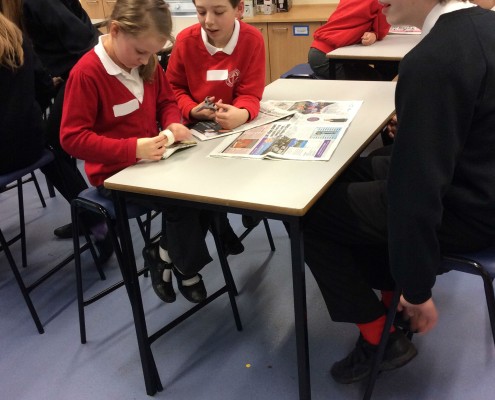 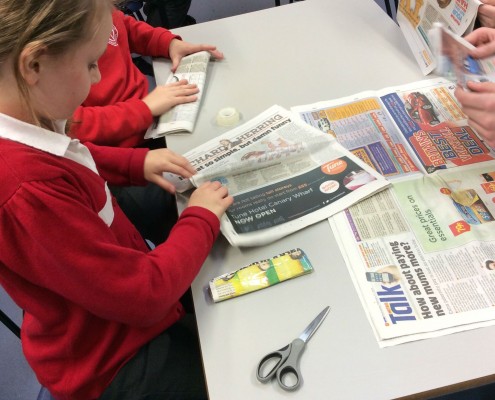 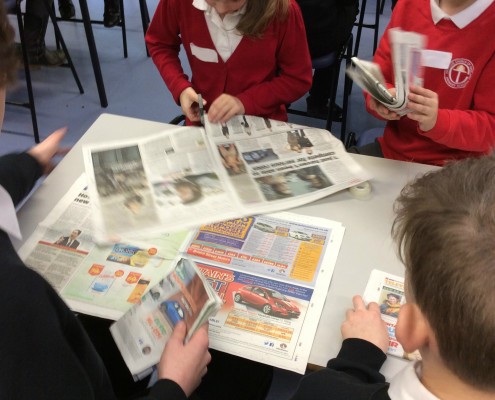 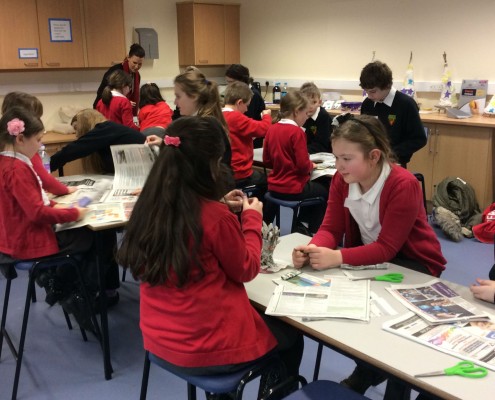 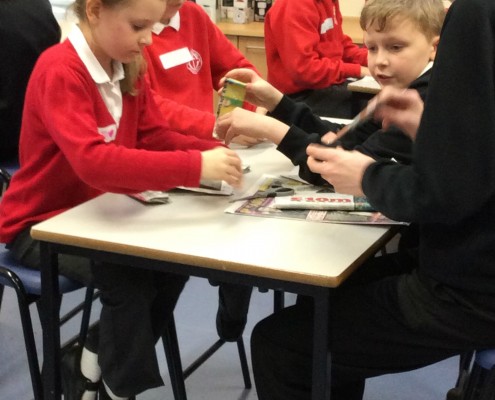 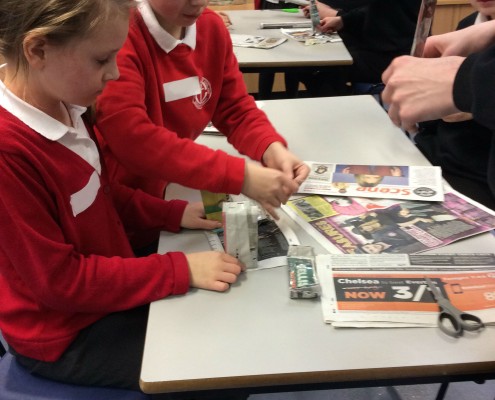 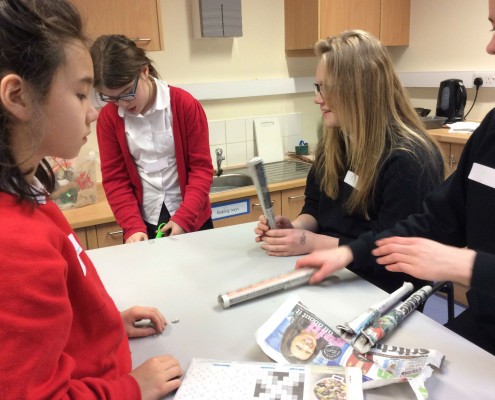