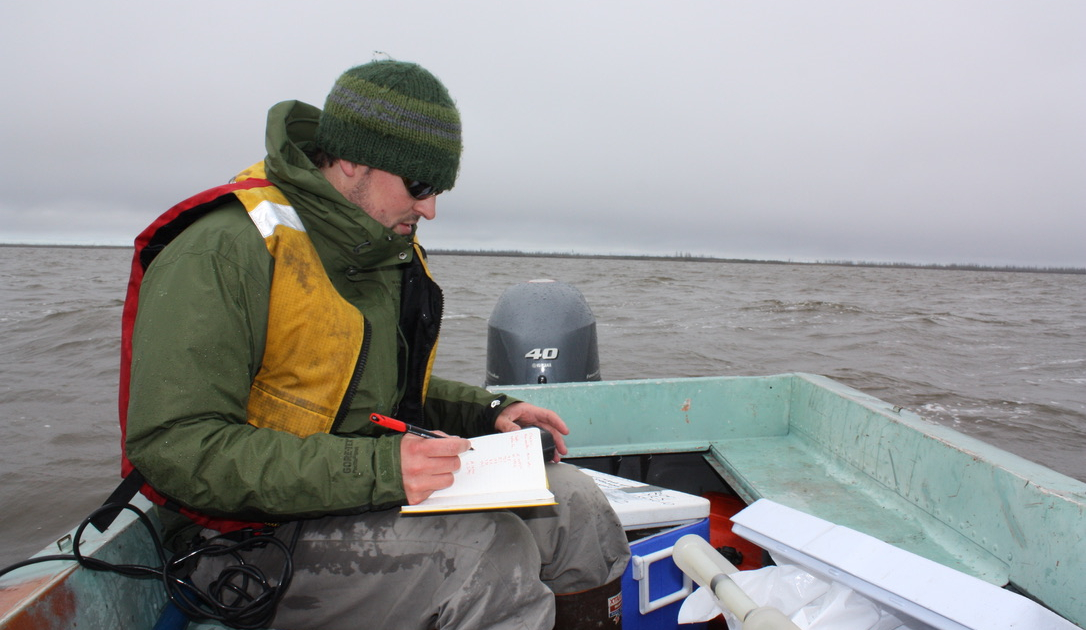 Paul is a biogeochemist working at Northumbria University. Biogeochemists study the different chemical, biological and physical processes that create the natural environment we live in.

Paul spends many of the summer months in remote regions of Alaska, Canada or Siberia to collect water and soil samples for analysis. Thousands of years ago carbon was ‘locked up’ in the water and soil in these regions. Paul is trying to understand if that ancient carbon is now being released back into the environment.

“We need to understand this, as the release of ancient carbon may speed up climate change in our lifetime.”

Paul grew up miles away from the sea in Birmingham, UK. He remembers being told by a careers advisor that he should become a bomb disposal expert because he liked SCUBA diving and science.

“They laughed when I actually said I wanted to become a marine biologist. I grew up thinking I would never (a) be clever enough to go to university, (b) actually teach at a university, and (c) be able to travel to amazing places and do something I love.”

Paul has traveled to many interesting places for work, including living and working in Antarctica for 1½ years. His research has also taken him to the Congo river in Africa, the Mekong river in Asia, and a number of the great Arctic rivers draining Alaska and Siberia.

“I always loved the ocean as a kid, especially snorkelling. I then took up SCUBA diving. At school, I enjoyed science. Combining the two passions felt like the obvious thing to do.”

While studying, Paul has also had numerous other jobs to help pay the bills: working in call centres, door to door sales and banking.

“Don’t let others tell you can’t do something. Follow what you want to do, irrespective of how you do in grades. I never got my ‘best’ grades in science. Take time after each step to work out where you are and what you want to do next, don’t be afraid to change direction at any point (you do have time – even if it doesn’t feel like it).”

Paul is currently working on a project called Cacoon, looking at how the Arctic Ocean will respond to changes in the supply of water, carbon and nutrients from land. It’s important to know this because it could influence the climate globally, affecting you, your family and maybe your children. NUSTEM have worked with Paul to create workshops for schools about Cacoon so that he can share his learning with students. 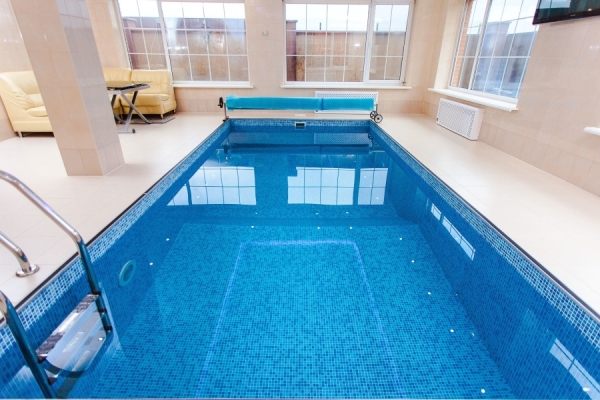 Knowing whether water is safe to drink or to use is very important. We can see when water contains large impurities like dirt and leaves, we can’t see microbes or chemicals that are lurking in there.

Palintest develop and sell products that can be used to test and analyse water quality. That could be water that has been processed in a water-treatment works (sewage works) and that will be returned to the environment, or it could be water in swimming pools, hydrotherapy pools or spas.

They also sell products to test soil quality through analysing the water in the soil.

Palintest have a wide range of different jobs to allow them to manufacture and sell their products, and to support the customers who buy them.

Topics in science and maths that link to Palintest and its products: 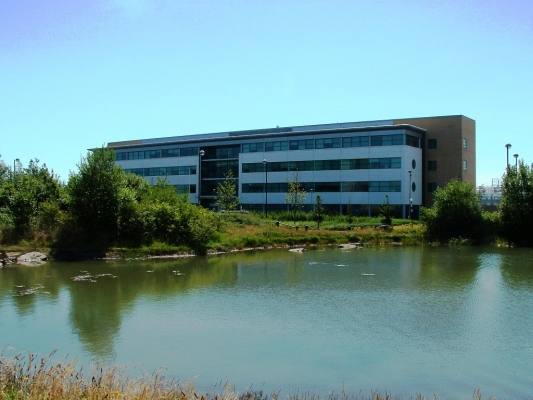 What do having a shower, washing the pots after dinner and changing a baby’s nappy have in common?

They all involve making things cleaner.  And Procter and Gamble have products which are used for all three.

Procter and Gamble is a company which develops and manufactures lots of different products which help people to make their world a little bit more pleasant.

The company started out making soap and candles, but now produces a wide range of home and personal care products from Fairy liquid, Pampers, Gillette, Tampax and Ariel.  But not candles nowadays!

The company has offices across the world.  The Innovation Centre in Longbenton, Newcastle is one of the sites where new products are developed.

Jobs that people working at Procter and Gamble have include:

You can read about some of the people who work at P&G, and watch some short films on the company’s careers website.

Topics in science and maths that link to Procter and Gamble:

The population of the world is growing. To make sure everyone has enough food to eat, we need to be able to grow nutritious food and make sure it gets to where it’s needed. However, factors such as climate change, environmental damage and the increase in the number and size of cities mean it’s getting harder for farmers to grow sufficient food.

Syngenta is a biotechnology company based in Switzerland, with sites across the UK, including in Grangemouth, Manchester and Huddersfield. They sell seeds, and also develop pesticides – chemical compounds which protect crops from weeds, insects and disease, which hence help to improve crop yields and reduce the proportion of crops which are destroyed. They also use selective breeding to create varieties of plants and seeds that are naturally resistant to disease and insects, or that are better at coping with the effects of heat or cold.

“One third of all pansies in the world are Syngenta pansies”

(You’ll find other films here and here. They cover similar topics, but with slightly simpler and more A-level language respectively).

This resource was produced as part of the FutureMe project. 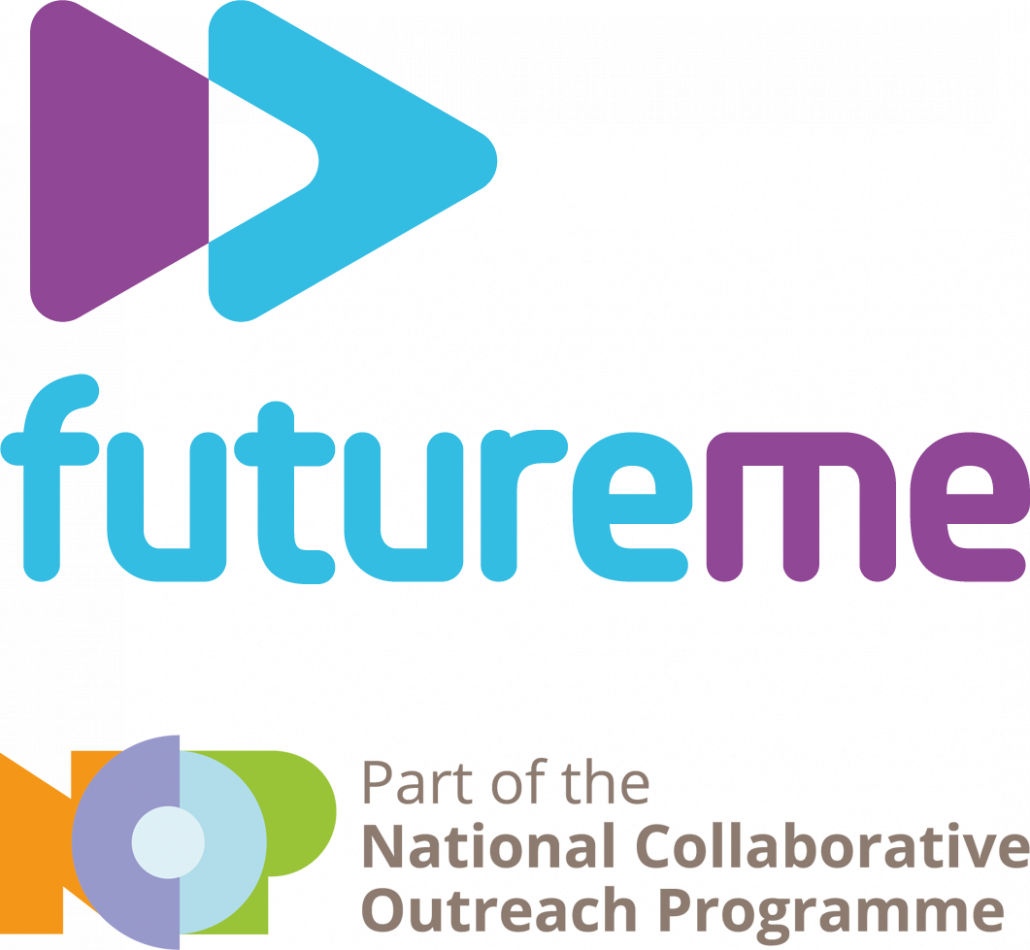 Syngenta is a very large company, with a wide range of different career routes:

Topics in science and maths that link to Syngenta and what the company does: